Furthermore, even if the British government’s proposal is regarded as an issue that the League of Nations should entertain, I strongly question the authority of the League’s Council to make the final decision. 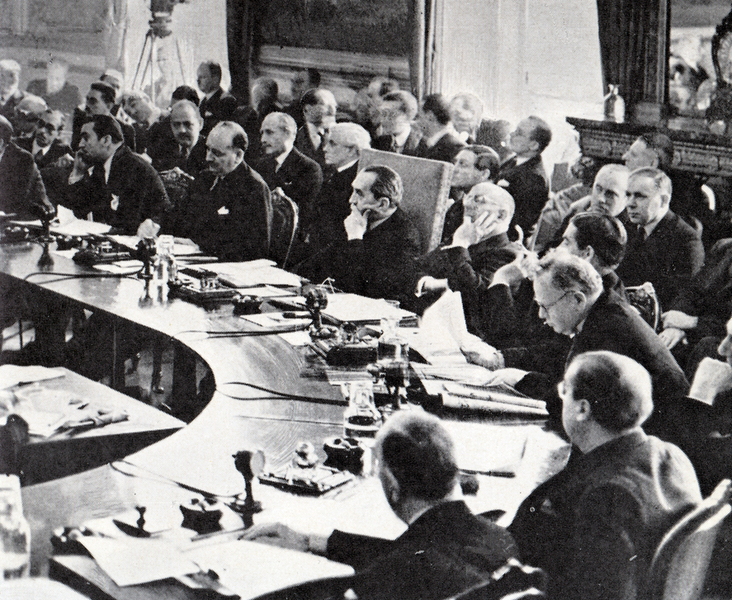 Concerning this issue of immense significance for my country and the League of Nations, whether it be directly or indirectly to recognize Italy’s claim over Ethiopia, or to make a proposal, or to express wishes, or to set member states free from the obligations they entered into when they signed the League’s charter, or to legalize Italy’s claim over Ethiopia, let me express emphatically that the authority to investigate such matters belongs to the General Assembly of the League of Nations. This stance is supported in a speech by the British Foreign Secretary who, while addressing the British parliament, has said, in regard either to recognizing Italy’s claim over Ethiopia or expelling the latter from the League, the job belongs to the General Assembly; and the League makes its decision after examining the prevailing state of conditions. Ethiopia objects to altering accepted procedures clearly spelled out in the Charter. As the Portuguese envoy said, nothing is so embarrassingly deplorable as to destroy a whole population by pretending to be fulfilling procedural requirements. Can the League of Nations allow this to happen, when the Charter does not permit such an outcome? 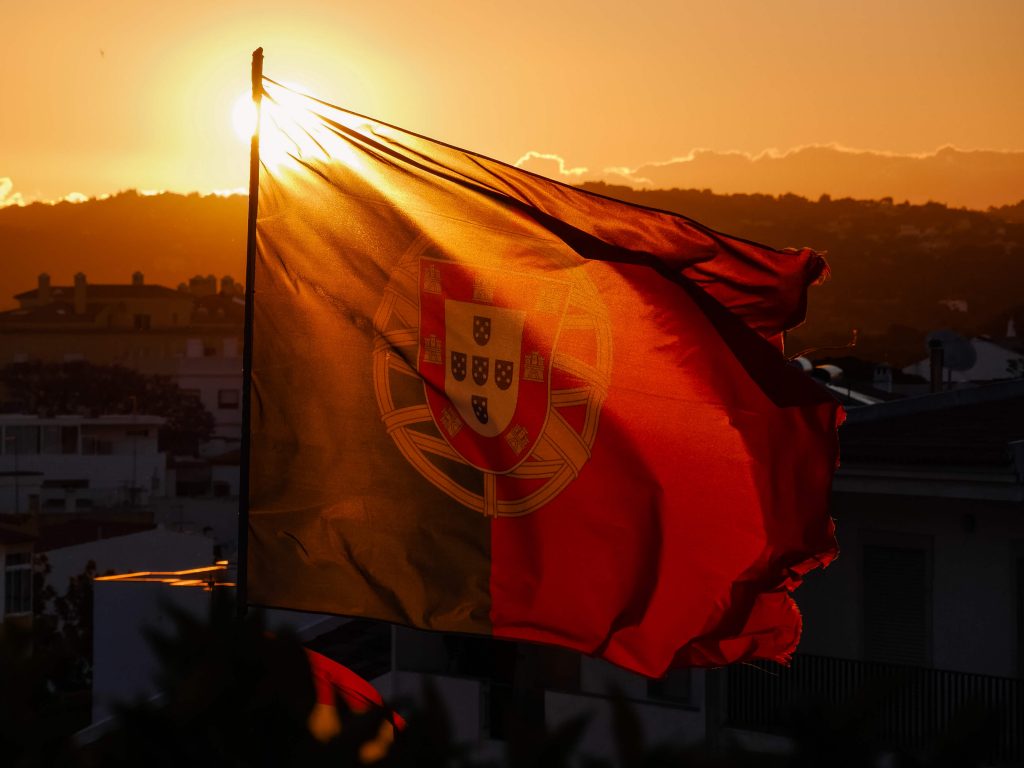 The famous British envoy related, “today, two great wishes are in competition, one is to hold steadfast to noble wishes, the second is to think about achieving immediate peace; these are the two things.” He added emphatically that, “it is often difficult to reconcile the theoretical idea of justice with what can actually be achieved.” Indeed, the League’s primary objective is to keep peace. There are two ways…. The first is… through legal means. The second is… by doing whatever it takes. Ethiopia firmly believes that the League of Nations can not select the second route. Since the League was established to maintain peace by legal means, to betray this underlying principle and to deliver a member state at the foot of an aggressor is the same as committing suicide.

As I present these testimonies with all my spirit, with all my soul, and with all my capacity to defend my people, I cannot help but think of the day my imperial government joined the League of Nations in 1923. It was then that I accepted the obligation of leading my country to what I considered was a more advanced civilization than the level… my country had reached. Thereafter, I worked unceasingly toward that end, and my efforts had yielded results. I watched with anguish while my success was obliterated and turned upside down because of Italy’s aggressive invasion. 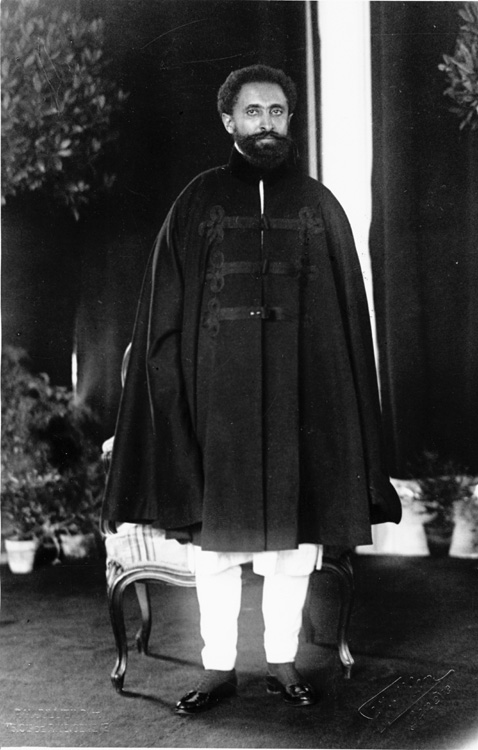 As has happened in many other countries, in Ethiopia, too, the war of aggression produced some unexpected fruits. Italy’s invasion drew Ethiopian authorities closer to their emperor than ever before. Among some of the letters… they and the people have sent to the League of Nations are those which express love for their emperor. I, the Emperor of Ethiopia, on the basis of the loyalty of my military commanders and the love of my people, resubmit the appeal I already have made, in order to bring the affliction of my people to an end. If there be a compromise that would ensure my peoples’ advancement and full independence I am today, as ever before, prepared to consider it. However, if my appeal does not yield a response, for better or for worse, the war against Italy shall not cease until justice and lawfulness has prevailed. I entreat the League not to accept Italy’s proposal because her intention is to bolster her aggressive posture by sacrificing the victim of her aggression. 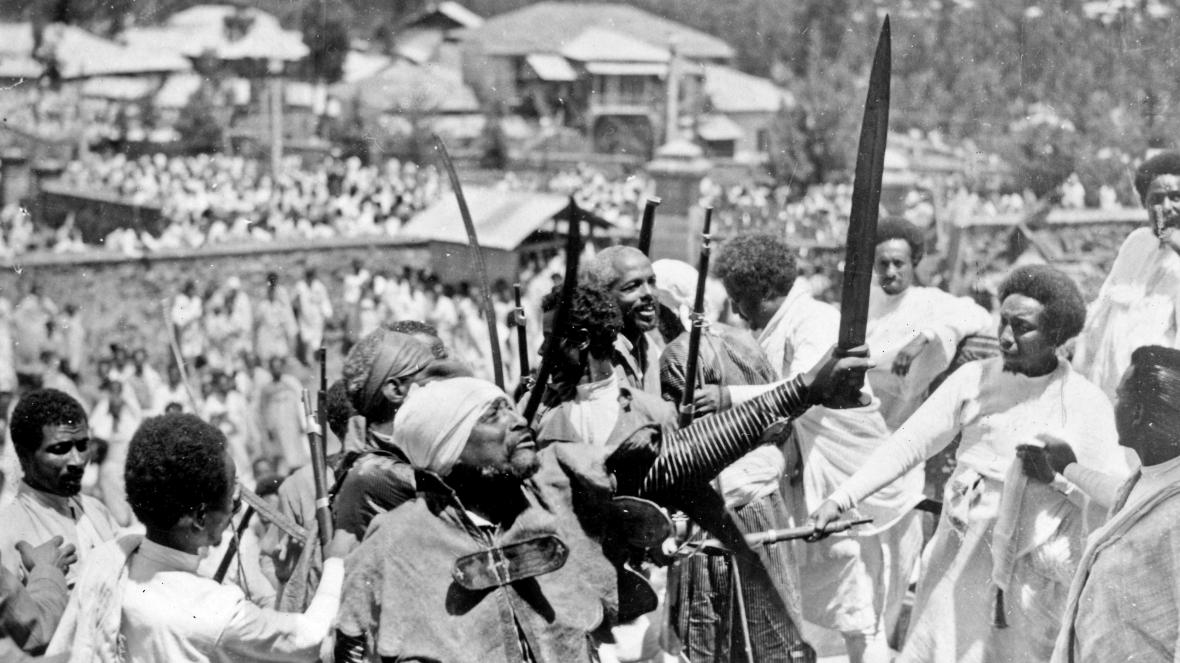 Next, the French Foreign Minister, Monsieur Georges Bonnet, after having talked about what the League of Nations had done for Ethiopia, announced his concurrence with the proposal of the British government. What he said was, briefly, as follows:

I will not conceal that it is with profound sorrow that the Council of the League has begun and will conclude the debate of the day. The presence of His Majesty Emperor Haile Sellassie in this council and his pathetic words will increase the grief in our hearts.

Next, the Soviet envoy Monsieur Litvinov, after confirming that the maintenance of peace was his government’s primary concern, stressed the unacceptability of any measure that contradicted the Charter of the League of Nations and any peace keeping mechanism that betrayed a member state. Then he analyzed the cost and benefit of recognizing or not recognizing a territory occupied by force and went on to say the following:

Not to recognize a territory occupied by force is the right thing to do; it is especially appropriate when the leader of the aggrieved side continues to struggle for his own and his country’s freedom. To recognize the fruit of aggression while the victim is struggling is tantamount to cooperating with the aggressor and stabbing the victim in the back with the intention of killing his fighting spirit. To recognize the aggressor’s claim is inappropriate even if the resistance of the occupied is temporarily suspended and shows no sign of being revived, let alone when the struggle is going on. This is the difficulty that the Ethiopian case presents. 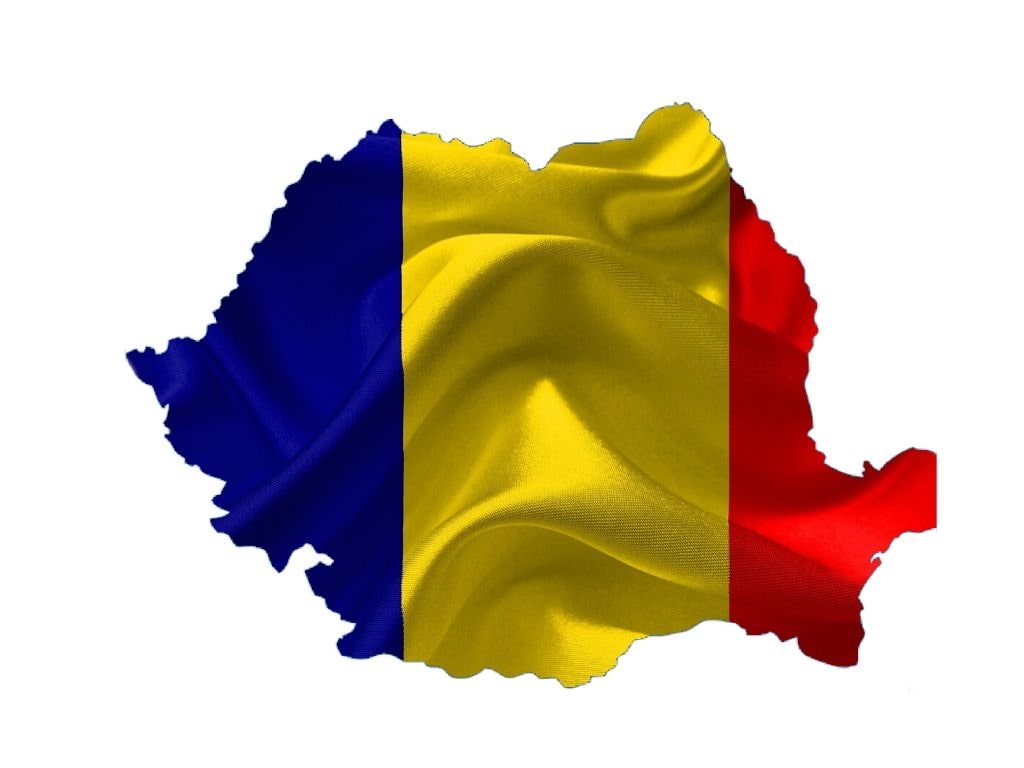 Next, the representatives of Romania [Mr. Petresco Comnene], Poland [Mr. Komarnicki], Sweden [Mr. Sandler], Belgium [Mr. Van Langenhove], and Peru [Mr. Garcia Calderon] expressed their agreement with the British proposal. Then, the Chinese envoy Monsieur Wellington Koo declared his disagreement. Following this, the representative of the government of New Zealand, Monsieur W.J. Jordan [also High Commissioner to London] referred to various sections of the [Charter] of the League of Nations and made it clear that he would not back the British proposal. 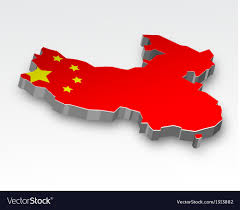 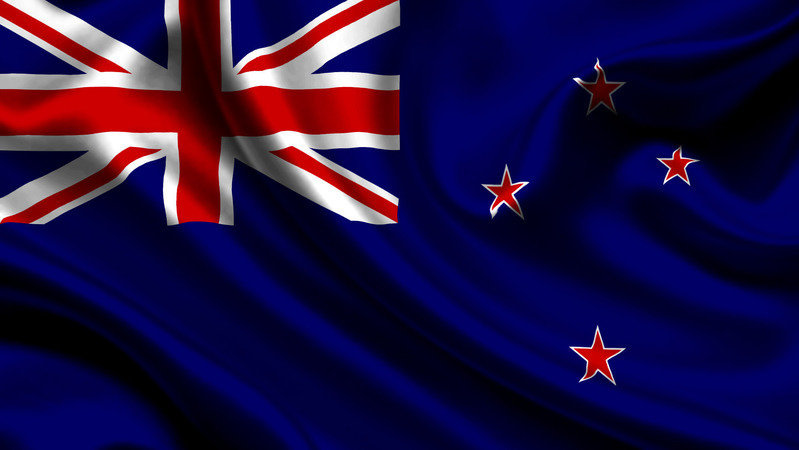 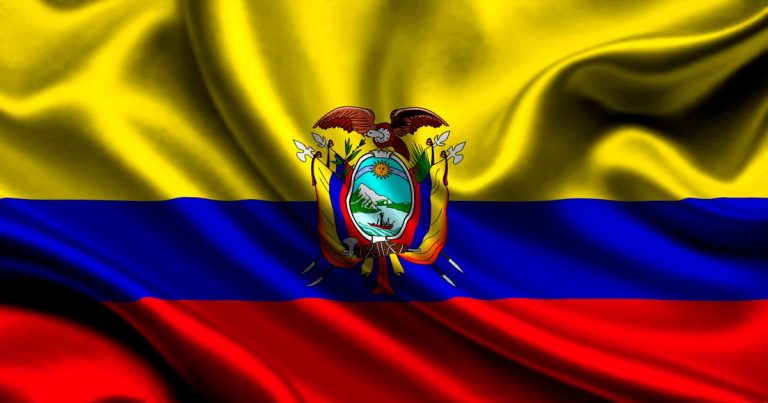 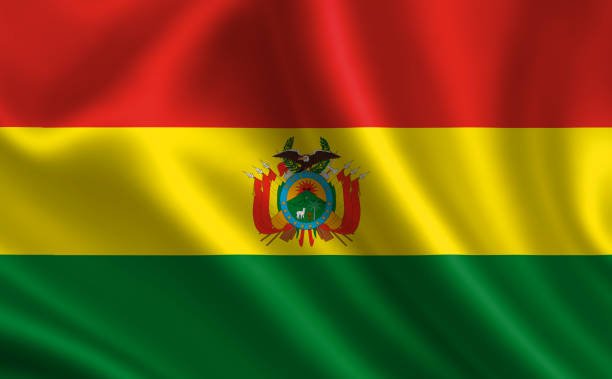 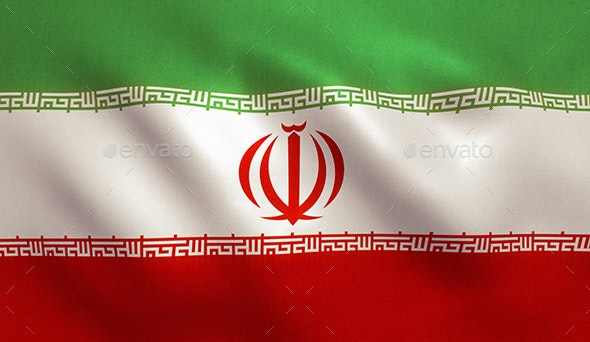 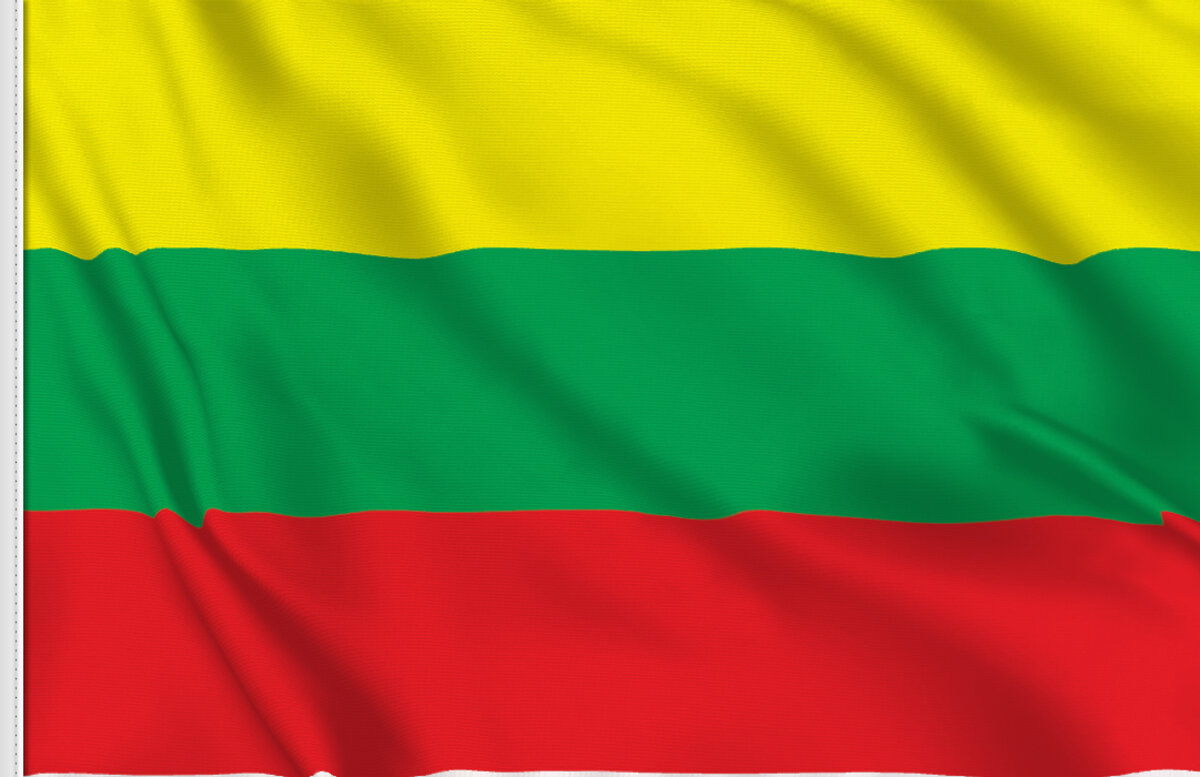 All the delegates to the council expressed their views in the manner shown above, but the meeting was adjourned before the different opinions were debated or, as required by procedure, without deciding the matter by vote.

According to the Charter and procedures of the League of Nations, if it is deemed necessary to expel a member state from the League, the matter should come for debate before the General Assembly, where all member states participate. No… expulsion may be carried out unless all member states unanimously decide as such. Finally, We consulted with Our advisers and lawyers regarding Our preparations for the September meeting of the General Assembly and returned to London. 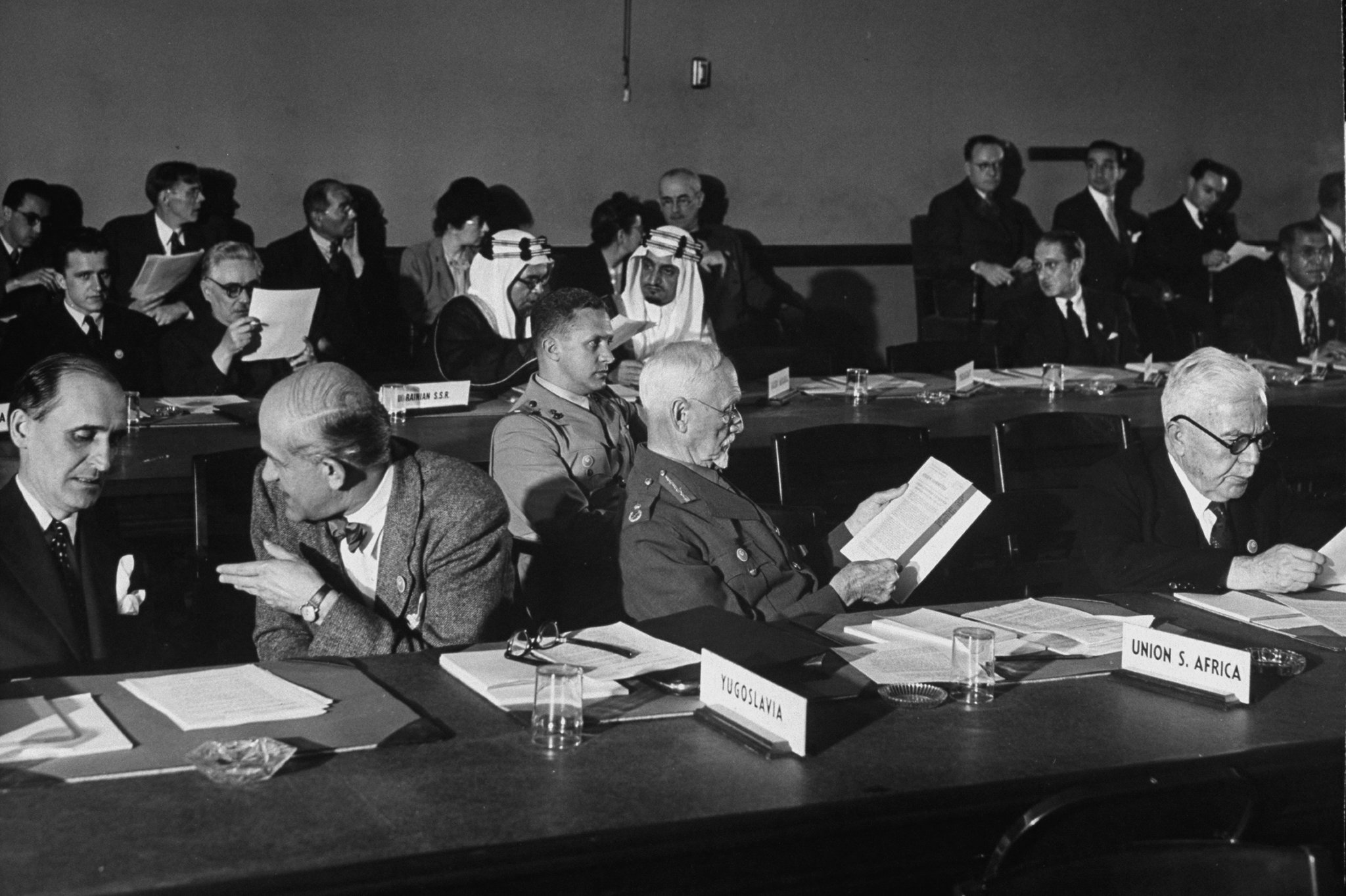 While We were still at our residence in Bath, Our most trusted minister Blatengeta Herui Wolde Sellassie died. This brought sadness after sadness upon Us. The brilliant and iron-willed Herui was Our confidant and helper. Deeply touched by his death, We said the following at his funeral: 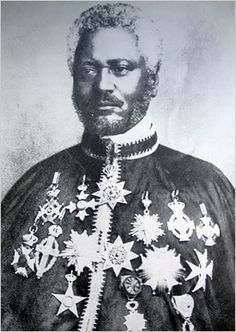 This person, Blatengeta Herui Wolde Sellassie, whom you see taking part in the tradition bequeathed to him by Adam, was educated according to our country’s tradition and was one of the high ranking intellectuals of Ethiopia. Because he effectively utilized his shrewdness and farsightedness for good purposes, he was selected to work in Our government and succeeded in becoming… the Minister of Foreign Affairs. The books he published… will remain testimonies of his noble behavior. His knowledge of church affairs and history has made him famous and honored among world intellectuals. It is needless to recount the achievements of a person whom you know well. But if I reminisce about the excellence of his career, I would like to mention the time he devoted to doing honorable deeds, his desire to help the needy before himself, his high regard for justice and truth, and his burning love for his country.

My colleague and friend Herui, as you depart after successful completion of your service to your country, if I fail to say ‘you are great’, your works would give the lie to my words. Although the storm generated by wicked people destabilized the world and buffeted you, it did not defeat you. Yet you had to obey the rule of the Great and Kind Lord. We are all subject to this eventuality. After struggling up to your last breath, today you became exhausted. You fell asleep. Although you no longer will be among us in body, your name and work will remain with Us.

Herui! rest here in peace in a land where you came to be a guest until God in his mercy turns his face to us and until your remains and your spirit unites with the remains of your forefathers.