Rastafari from inception has expressed to the world that it is a “livity”, and not merely a religion. While it is an undisputable fact that Rastafari is infused with religious components, it is the manner in which they live their lives that defines its true essence. It is due to the Rastafari way of life, “livity”, which takes them beyond the realms of religion. 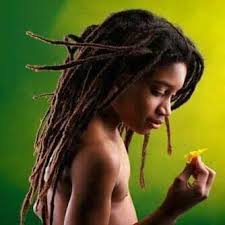 In an article published recently in the Barbados Today Online newspaper which was titled, “Faith-based leaders say take vaccine to protect those around you”, it was reported that the Christian and Muslim communities in Barbados while opposed to mandating COVID-19 vaccination for their congregations, and I would think the wider Barbadian community, strongly encouraged their members to get the jab out of “a love for others”.

I agree with  the second vice president of the Barbados Christian Council (BXC) Reverend Erma Ambrose and Secretary of the Muslim Association of Barbados Suleiman Bulbulia when they said that moral suasion over forcing the vaccines on members of their communities was the best approach in dealing with vaccine hesitancy within their flocks. As such, they agreed that they will not be mandating vaccines for their followers. Does this mean then that the government cannot or should not make churches, mosques and such, “Safe Zones”?

The Rastafari position on the taking of any COVID-19 or even the regular long time vaccines given is clear. Rastafari inclusive of myself have used legal affidavits for vaccine exemption, to allow our children entrance into schools for well over 30 years. We put our faith in God, through nature and the teachings of His Imperail Majesty Emperor Haile Selassie who inspired the movement, and by extension the livity of Rastafari.

Religion as based on the Bible, the inspired word of God is very much a matter of interpretation and opinion. I grew up in a Methodist home, and I can agree with the Christian Sister when she said that the one commandment that they have is to love. I must add here, not to merely love, but to love each other as you love yourself. Is love open to interpretation? 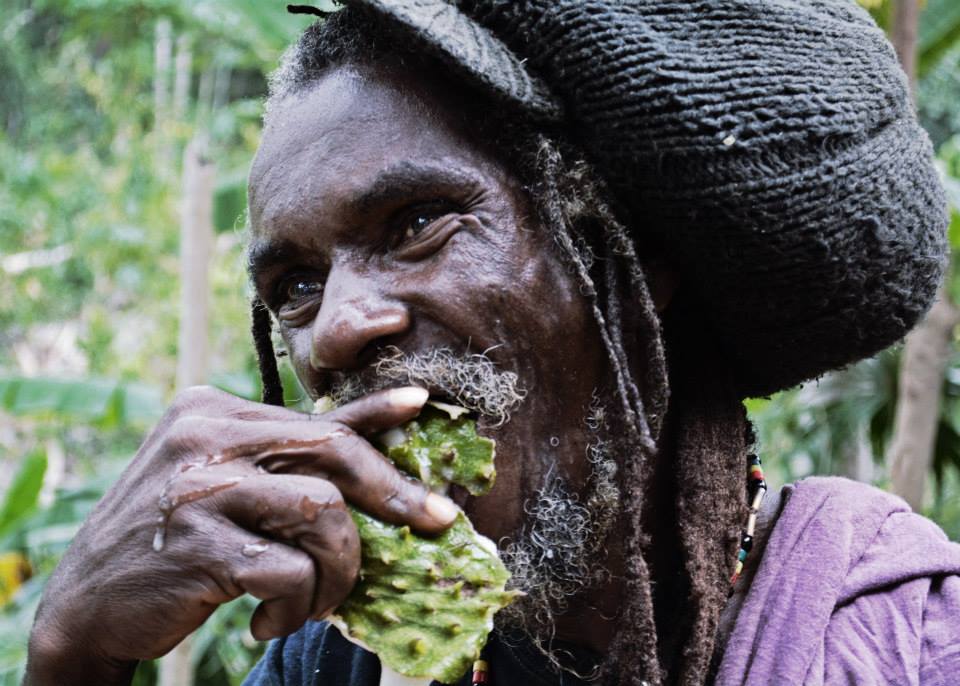 I as Rastafari love myself and thus refuse to put anything that I deem harmful into my body, this is my livity. I am very selective and skeptical of what I eat and drink, the drug store medication I take, (when absolutely necessary) and such. This is the reason that I do not have tattoos, as I don’t see the reason for having an ink I know nothing of in my blood. I am not saying it will kill me, but it is not of my livity. Seeing that my self love as it relates to this article bids me not to take vaccines unnecessarily, this is the love then I would impart to others. I would not encourage vaccine taking, and would on the other hand encourage turning to nature for the answers and therein salvation.

While I have not done official research into the numbers of Rases that have tested positive for the virus, I can say honestly that I don’t know of any. Let me make it clear that I am not saying there are not any, I just don’t know of any. I have recently read an official study that offer results that suggested that persons who have a plant based diet were more resistant to COVID-19. A friend of mine, who has gotten the vaccines, called me to ask if I knew any Rases who I tested positive. My answer was as I said before, no. He said he was doing his own little survey among the Rastafai he knew, and none had gotten it or even knew of another Ras that had. Again this does not mean that none have gotten it. He went on to say that he knew a Ras whose son caught it. The boy was young so he had to go with him to stay in the facility.  He said the Ras told him that he was roomed with people who all had tested positive for the virus. He himself had tested negative. In his stay at the facility he was tested 5 times, all with negative results. On leaving the facility he was tested again with the same negative result.

In my community there are quite a few of these stories of household having the virus yet the only member to not get it is the Rastafari living there.

It is my firm belief that many Rases have contracted the virus, however, as we feel a difference in body, we turn to nature and use the herbs “God” provided for our healing and have been healed. 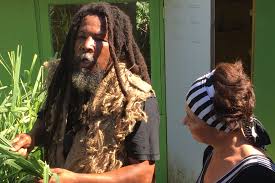 The majority of the Religious leaders are encouraging their membership to get vaccinated based on all the facts. The problem is, just what are the facts? When the British Prime Minister in a press conference was asked, why their hospitals had such a high number of double vaccinated people in them, he referred to someone on his team who said, it was because a large percentage of Britain was vaccinated. He further explained that if everyone eligible in Britain was vaccinated you would see a high percentage of vaccinated people in the hospitals. This was founded on the “fact” that the vaccine while very effective, were not perfect. There will be different interpretations of these facts as presented by the British government. For some it will be a reason to go ahead and get “jabbed”. For others it will provide for them further proof that taking the “jab” is not the answer to beating the virus and provides no real safety for them.

Have you noticed that the media has stooped given us the number of people recovering each day from the virus as they previously did.

Will Rastafari again be spat upon for their “love” of “God” as manifested in the natural? Will the narrative offered by the Christian Rev when she said,  “I believe many persons who are non-vaxxers and who are perhaps Christian as well would say that Jesus healed persons and they’re looking for that automatic healing, that touch. And so, yes, God will heal me and God will protect me… but we have to understand, as faith-based organizations, all wisdom, all knowledge come from God,” Within her interpretation of God’s healing power and wisdom, the answer to the virus is the knowledge given to the scientist by God to produce the vaccine. In my interpretation, “God” has given Rastafari the wise mind, knowledge and understanding to use the natural to heal mind, body and spirit. 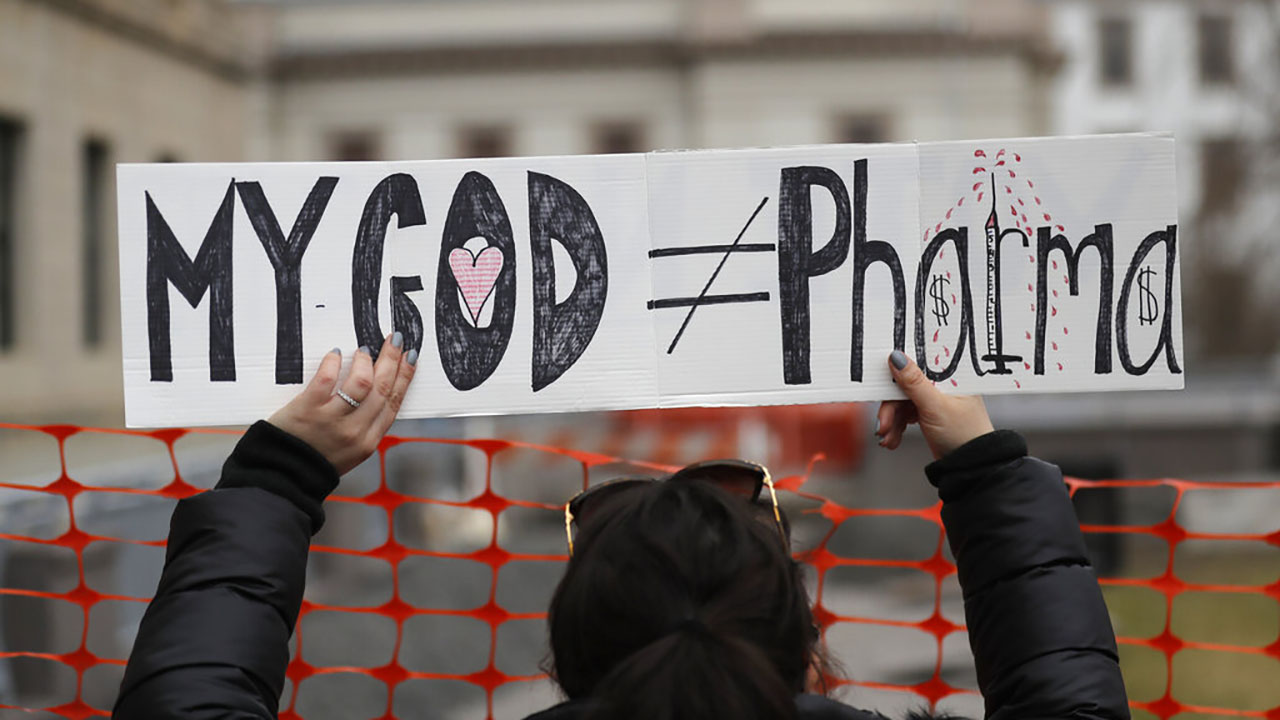 The wise mind of Rastafari instructed us to not eat the dead flesh of animals. The society laughed and ridiculed us. Now this way of eating is known as vegetarian and vegan, and touted as a healthy lifestyle.

The wise mind of Rastafari instructed us to love self and grow our hair into locks. For that we were persecuted unto death. Now every Tom, Dick and Patsy is wearing locks, (real and mock). It is now seen as great to identify with your African heritage, and now locks are beautiful.

The wise mind of Rastafari instructed us to love ourselves as Africans. The society said we were mad. To refer to the average Black skinned Bajan as African was offensive to them. Now we are making ties to our roots in Africa. So much so the Bajan flag and bones (some say soil) was taken from the Rock and buried in Ghana.

The wise mind of Rastafari said Cannabis, our Ganja, was medicinal. They threw us in jail for the use of cannabis as a medicine, and still do to this present second in time. They even said the use of cannabis made you sterile and impotent. No one told Rastafari. We use a lot of herb daily and have a lot of children. However, Barbados now has a Medical Cannabis Industry.

The one fact that needs no interpretation is that the society once again will refuse to listen to Rastafari as it pertains to health, especially COVID-19 prevention. They will listen to the Church who tells them the vaccine comes from “God” inspiration, while this same religious community fights against Rastafari for the use of the herb.

I would have thought that based on the fact that people may soon have to have the mark of the vaccine to buy and sell, the church would have seen this time akin to that spoken of in Revelation. Again interpretation has offed the opinion that this vaccine is not the mark of the beast in any way shape or form, or even a test run for the real mark.

I think the Bible is the inspired interpretation of some men and women about events they have little facts on, customs they know nothing of and livity’s that perplex them.

What is the conclusion of this article? That is left to your interpretation.