On 28 September 1918, a Spanish newspaper gave its readers a short lesson on influenza. “The agent responsible for this infection,” it explained, “is the Pfeiffer’s bacillus, which is extremely tiny and visible only by means of a microscope.” 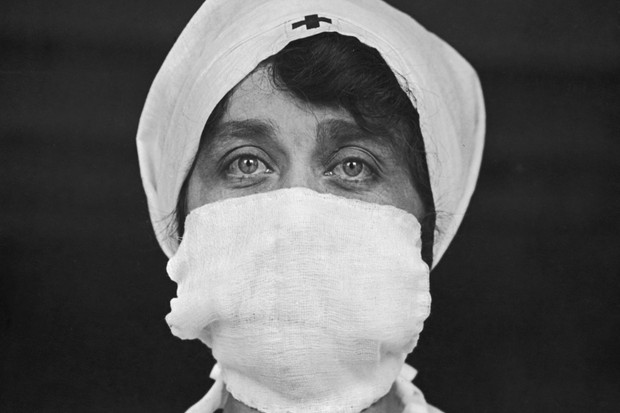 The explanation was timely, because the world was in the grip of the most vicious flu pandemic on record – but it was also wrong: flu is caused by a virus. Unfortunately, it wasn’t just one Spanish newspaper that had misidentified the causative agent of the disease. The idea that flu was caused by a bacillus, or bacterium, was accepted by the most eminent scientists of the day, who would find themselves almost entirely helpless in the face of the scourge.

What was the Spanish flu pandemic?

The H1N1 influenza virus was one of the deadliest disasters in history. Between the first recorded case in March 1918 and the last in March 1920, an estimated 50 million people died, though some experts suggest that the total might actually have been twice that number.

The ‘Spanish flu’ killed more than the First World War, possibly more even than the Second World War – indeed, perhaps more than both put together.

The pandemic struck at a critical juncture in the evolution of understanding of infectious disease. Well into the 19th century, epidemics were considered acts of god – a notion that dated back to the Middle Ages. Bacteria were first observed in the 17th century, but initially weren’t connected with human illnesses. In the late 1850’s the French biologist Louis Pasteur made the connection between micro-organisms and disease, and from a couple of decades later German microbiologist Robert Koch furthered modern concepts of infectious disease. ‘Germ theory’ was disseminated far and wide, slowly replacing more fatalistic ideas.

By the 20th century the application of germ theory, combined with improvements in hygiene and sanitation, had made significant inroads against the so-called ‘crowd’ diseases that afflicted human communities, especially those inhabiting the great cities that had mushroomed in the wake of the industrial revolution. Throughout the 19th century, so many urbanites had been lost to such diseases – cholera, typhus and tuberculosis, to name but three – that cities needed a steady influx of healthy peasants from the countryside to keep up their numbers. Now, at last, they had become self-sustaining. 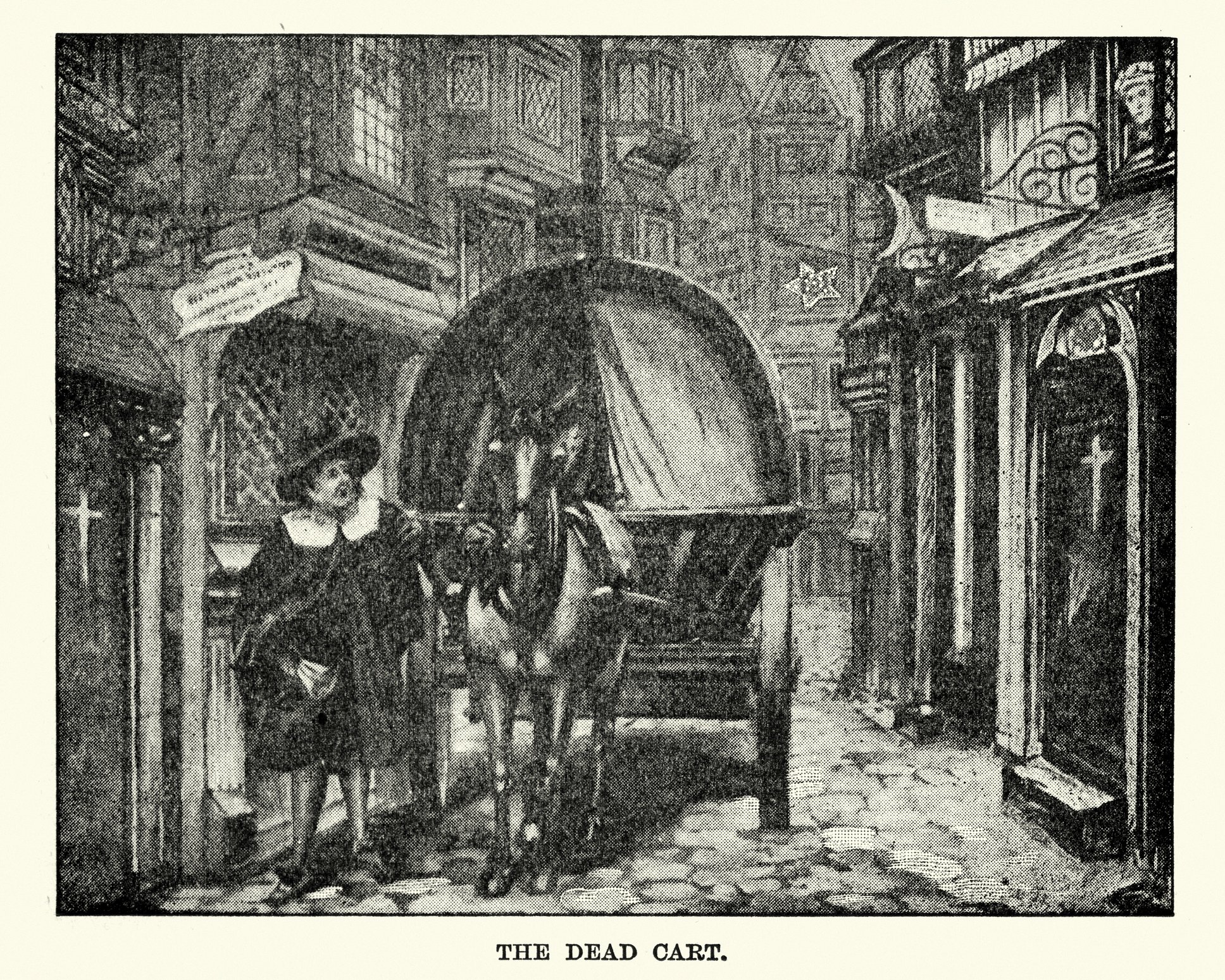 By 1918, then, faith in science was high, and some scientists had even adopted a certain swagger. Twelve years earlier, this had prompted the Irish playwright George Bernard Shaw to write The Doctor’s Dilemma, in which an eminent doctor, Sir Colenso Ridgeon – a character based on Sir Almroth Wright, who developed the typhoid vaccine – plays god with his patients’ destinies. Shaw was warning doctors against hubris, but it took an outbreak of another ‘crowd’ disease – influenza – to bring home to them just how little they knew. 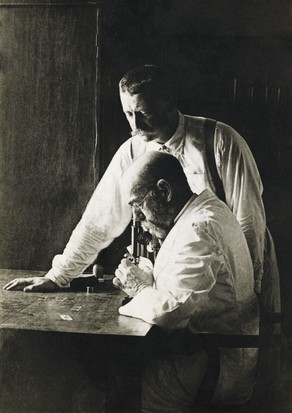 Dr Robert Koch (seated), influential in developing ‘germ theory’, and his student Richard Pfeiffer at work in the late 19th century. During the ‘Russian’ flu epidemic starting in 1889, Pfeiffer claimed to have identified the bacillus responsible – though flu is actually caused by a virus.
Infectious disease has ravaged populations since ancient times, bringing pain and terror to families and communities; sorting humanity into the ‘clean’ and the ‘foul’. With deadly outbreaks come efforts to contain and eradicate the threat – but as we have seen from the reported rise in racism against Chinese people in the wake of the recent coronavirus COVID-19, sometimes exclusion of the disease takes human dignity with it.
The separation of the sick and healthy has occurred throughout history. As far back as the book of Leviticus, priests could isolate those with a “defiling skin disease” – likely to be leprosy – for seven days. The history of quarantine, however, is about more than keeping sufferers at arm’s length. The first organised quarantines in medieval Europe reflect an awareness of the silent presence of disease in the apparently healthy too. 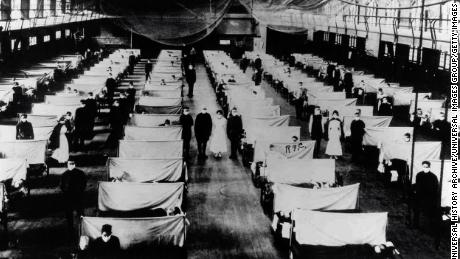 With repeated plague outbreaks decimating medieval Europe during the 14th century, port authorities in the Adriatic Sea responded with the first structured quarantine arrangements. In Venice, Italy, incoming ships were detained in the lagoon, while at Ragusa (present-day Dubrovnik, Croatia), a 1377 edict forbade people and goods from infected countries to enter the city until they had spent a month on an uninhabited island, being purified by the sun and the wind. This later became 40 days, hence the term ‘quarantine’ from the Italian quaranta (meaning 40). The length of time not only aligns with Hippocratic ideas about turning points in the course of disease, but also reflects concepts of spiritual purification evident in Jesus’s time in the wilderness.
The African Heritage Foundation reminds you that you can visit this website daily for updates on the spread of the coronavirus COVID 19 globally.
Source: History Extra
African Heritage Foundation