Yesterday I took my daughter to the mall to deliver an order of sweet breads she made for one of her customers. Selling sweet breads she makes is a little business she operates in her vacation time, she is 17. I waited in the car as she went into the mall to do her thing. On returned she said that there was a black man dressed as Santa in the mall and he was very scary. This made me think of the story of Black Pete which I am sure many Barbadians have not heard. I have always said that before we engage in the celebration of other cultures, we should know their history.

TO CELEBRATE DECEMBER 5, the Dutch St. Nicholas holiday, Netherlanders gather for parades in which the saint (in Dutch, Sinterklass) arrives in town to hand out candy and gifts. But these parades have taken on an increasingly political—and violent—tone this year because of Santa’s traditional blackface sidekick.

In Dutch tradition, Sinterklaas has a “helper” named Zwarte Piet, or “Black Pete,” who usually appears as a blackface character with large gold earrings and exaggerated lips. In the weeks leading up to the saint’s name day, cities and towns host parades featuring hundreds of white people dressed as Piet. Stores stock up with Zwarte Piet costumes, merchandise, and baked goods while adults visit children’s homes and schools dressed as Sinterklaas and Piet.

The growing number of Netherlanders who are protesting the tradition of St. Nicholas’ notorious assistant, however, have faced increasing pushback. This year, white supremacists raised Nazi salutes at the Sinterklass parade in Hoorn and flew neo-Nazi flags at the one in Zaandijk. In Eindhoven, an estimated 250 white extremists chanted racist slogans and threw eggs and beer cans at people peacefully protesting the parade. The attacks received national attention, as did Prime Minister Mark Rutte’s statement blaming “extremists on both sides” for the violence.

European St. Nicks have long had menacing companions like Krampus or Belsnickle who punish wicked children with much more than a lump of coal. In the Netherlands, the idea that St. Nicholas has a sinister helper goes back centuries. However, the modern Zwarte Piet as he is portrayed today is a more recent invention. The character was popularized in a mid-19th century children’s book written by a man who was very interested in the Dutch royal family members, “one of whom bought a slave in a slave market in Cairo in the mid-19th century,” says Joke Hermes, a professor of media, culture, and citizenship at Inholland University. This slave, Hermes suggests, may have helped inspire the character of Zwarte Piet.

Before the Netherlands abolished slavery in 1863, the country was deeply involved in the transatlantic slave trade. It grew prosperous by selling enslaved people to the United States or sending them to work in Dutch colonies, and some nobles “gifted” each other with enslaved black children, who are shown in paintings wearing colorful, Moorish clothing similar to Zwarte Piet’s 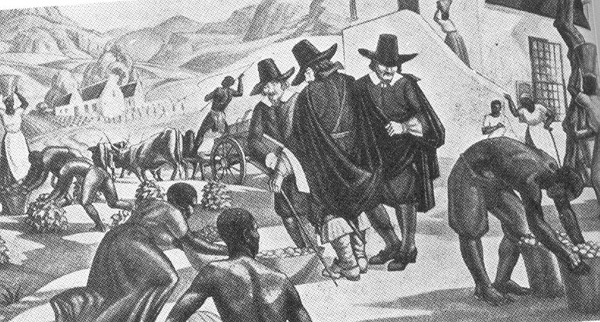 .The exaggerated appearance of Dutch Zwarte Piet costumes may have also been influenced by American blackface minstrel shows, which toured throughout Europe in the mid-19th century. “The Dutch tend to argue that Black Pete is a Dutch thing, and other people outside the Netherlands don’t understand our culture,” says Mitchell Esajas, co-founder of New Urban Collective and Kick Out Zwarte Piet. “But it is part of an international tradition of racial stereotyping.” 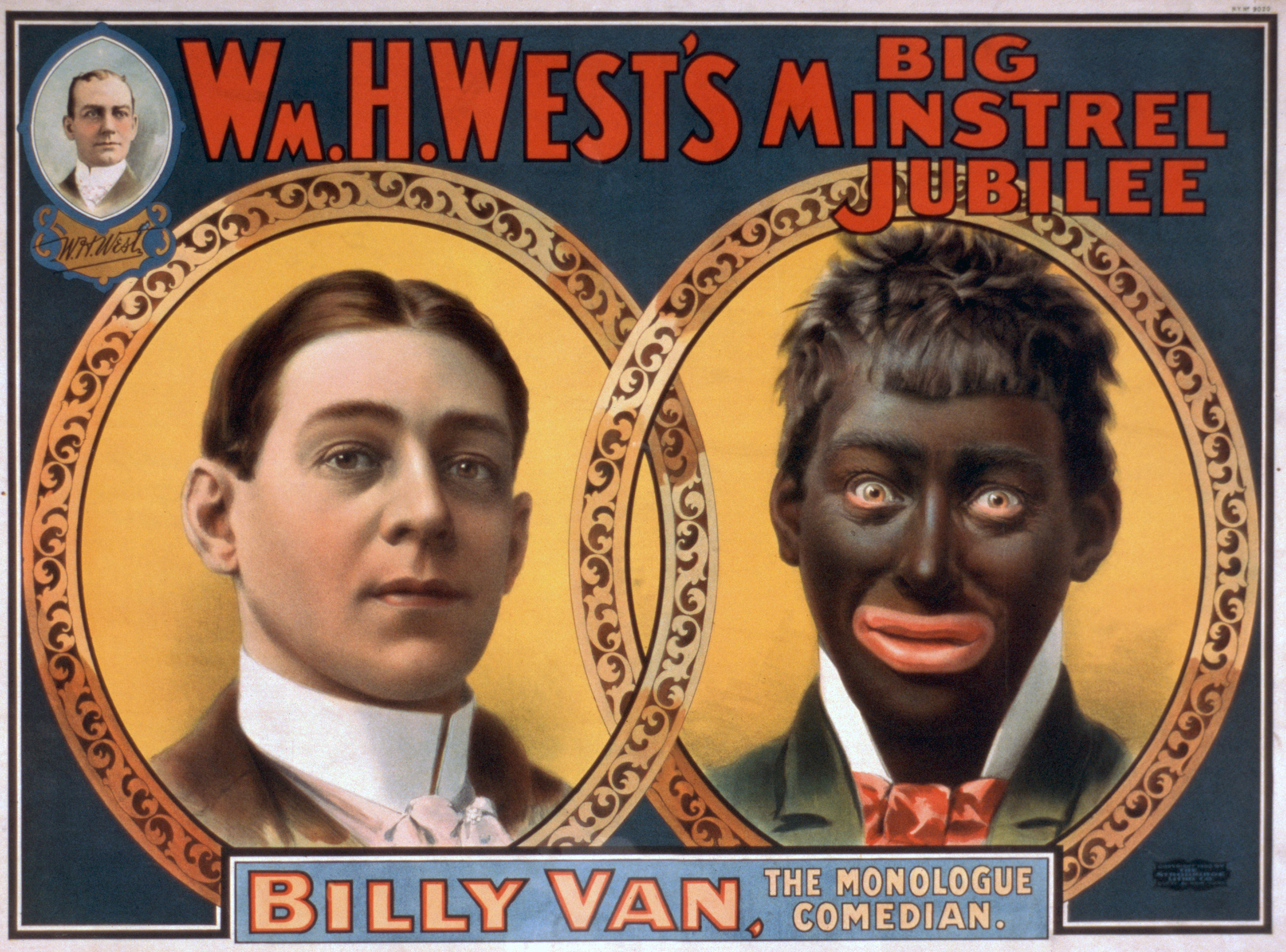 Pressure from activists like Esajas and Quinsy Gario, who started the project Zwarte Piet is Racisme (“Black Pete is racism”), has convinced some cities and many schools to phase blackface out of their celebrations. This year, McDonald’s banned employees from dressing as Piet, and the Dutch police announced it won’t allow Piet costumes at its holiday parties after 2020.

Usually, organizations that ban Zwarte Piet change the character’s image instead of getting rid of him completely. In Amsterdam’s Sinterklaas parade, Zwarte Piet has become Schoorsteen Piet, or “Chimney Pete,” who has soot on his face and a different outfit. This “solution” isn’t satisfying to all anti-Piet activists, but some are just happy to get rid of the more offensive blackface paint and wigs that still appear in most parades. 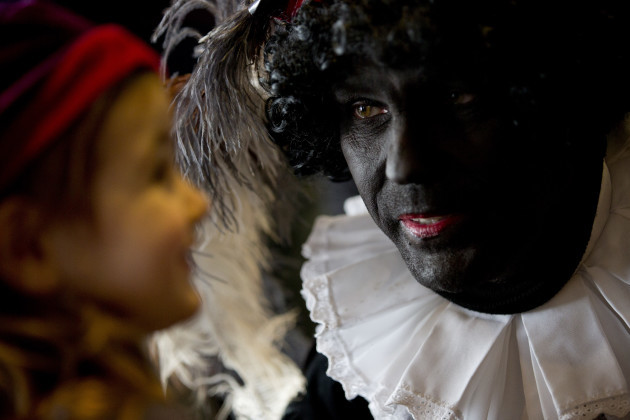 These bans on Zwarte Piet have not come easily. As the movement against the character has grown, so too has organized white supremacy in favor of him. Journalists have received death threats for writing about Zwarte Piet and anti-blackface activists have survived violent attacks. This November, an article in the Dutch newspaper De Telegraaf accused Esajas of being funded by George Soros—a common anti-Semitic smear that often pops up in white supremacist conspiracy theories.

These attacks are troubling, but Esajas says he hopes they’ll force people who’ve supported Piet in the past to reflect that “if neo-Nazis are on [their] side, maybe then it’s time to really think about this tradition.”

WHO WAS SAINT NICHOLAS? Click the link and watch the video. 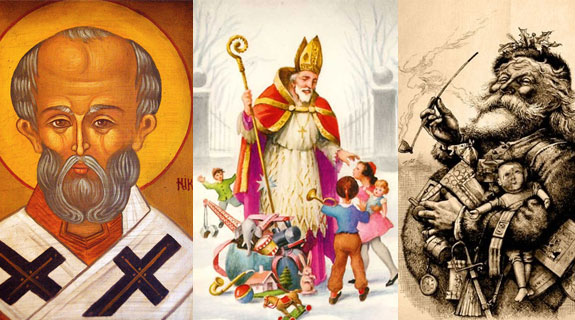 Jolly Old Saint Nick might be the inspiration for Santa Claus, but his origin story isn’t exactly jolly. Find out why he became a beloved figure all over the world, and how his image has changed over the years.