Have you  ever heard the saying, “what is pretty on the outside, is often ugly on the inside”? It means, what you see, is not always what you get, or that what seems to have substance, at its core is empty or rotten. I think that this saying describes Barbados today, especially as it relates to its political landscape.

From its independence in 1966, Barbados has been lead by two political parties. These parties have become so entrenched into the political fabric of the country, that the clothes they make are to small, and are cutting off the circulation of the masses. I grew up hearing that “familiarity breeds contempt”, and from where I stand it would seem that the political monopoly of the Barbados Labour Party and the Democratic Labour Party over the years has bred an enormous amount of contempt, manifested in their unbecoming behaviors during elections, and people unfriendly/ neo colonial policies when in power. Here is a clip of what I am speaking about.

There are many serious issues that surround the January 19th 2022 elections in Barbados, and it is the fear of many that many more are not really seeing the path Mia Mottley and her crew are leading Barbados down. One of my brothers in the struggle shared one of his concerns about this BLITZ ATTACK election with me, and I in turn share it with my readers. He said, “Another issue resulting from this snap election is a situation where the date for persons to apply to be added to the voters list passed before the updated list was published. Hence, persons missing from the updated list, those who might have just come of age, would not have had a chance to check the list before the deadline they had to apply.” This is truly concerning, and the youth vote in turn should go against those who have done, and condoned this.

In an article published in a local Barbadian newspaper, Veronica C. Evelyn asks the question, “Why would a Government controlling 29 of 30 seats in Parliament decide to announce – in the middle of a pandemic, in the middle of Christmas celebrations, on a bank holiday, 18 months ahead of time – that “disunity” in the country calls for fresh elections?” I heard Mia Mottley say that due to the fact that the COVID -19 issue was not going away soon, Barbados should get the elections out the way and move on with its business. What is she really trying to say?  I take it as the rant of an egotist fueled by narcissisms saying to the world, only she is capable of guiding Barbados through COVID-19. I interpret what she is saying as, she needs to get back in to do what she has (wants) to do, and no election will be forth coming to stop her when Barbados wakes up to the reality of what she has and is doing.

Will the promises of new roads, scholarships, representation for the people in the Belle and such ( political promises and posturing) sway the minds of the people once again, or will Barbadians take a serious look at the list of crucial issues Mia and crew have failed to address? On the top of that list is Integrity Legislation. Can Barbados trust a government who can do “the most” as it pleases, disregard the constitution when it likes, be caught in questionable positions (Maloney and government vaccine scam), has brought no one to justice after campaigning on a platform that said the Democratic Labour Part (DLP) was corrupt and people would have to pay, among many other things I know you can think of. Barbados saw Donville Inniss a DLP MP get charged for taking what was said to be a bribe of less than $40,000.00, to award government contracts to a particular insurance company. After three years in office Barbados notes, who were Mia’s enemies on her campaign trial, became her friends when she ascended to her office as Prime Minister, and no one was held accountable for the gross mismanagement and criminal actions of the DLP. Why is this? Birds of a feather?

Mia Mottley is a skilled make up artist who has nicely sold a cosmetically made up face of Barbados to the world and many easygoing Barbadians.

For over 50 years the BLP and DLP made Barbadians believe that the size of Barbados was a disadvantage on the world stage. Only the old colonial industry of sugar and the neo colonial industry of tourism are given any real consideration in the framework of national development. Now we have another industry that is also set within a broader framework of neo-colonization being developed, Medical Cannabis. Could no other industry or number of industries be developed to assist Barbados in being less dependent on foreign investment over 50 plus years?

Barbados needs a government that is truly people centered. One that works with the people in tangible ways for the betterment of all. More power needs to be given to communities and assistance to community leaders. Will too late too late be the cry of Barbados if Mia and crew are re-elected, or will 2022 see Barbados advance to a higher political level by refusing the administrations of the BLP and DLP? I know many people who voted BLP just to get out the failed DLP are disappointed in Mia and will not be making that mistake again. 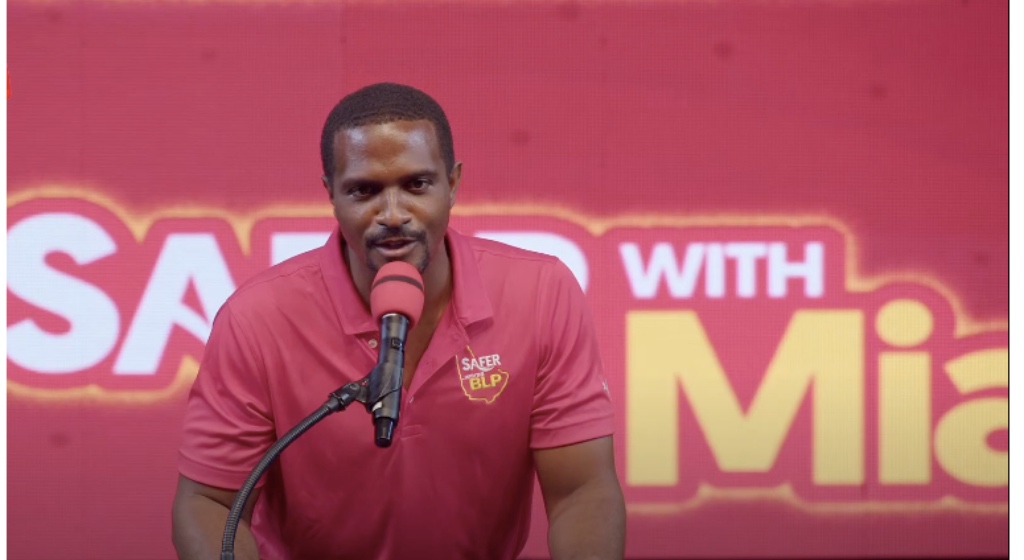 NOT SAFER WITH MIA AT ALL. ASK THE NURSES, ASK THE RASTAS, ASK THE PARENTS, ASK THE UNVACCINATED AND EMPLOYEES.

I am Ras Simba Akoma, community activist, pan- Afrikan, Rastaman and I will not give my strength unto the beast and therefore will not be supporting a government that does not respect human or constitutional rights and is self loathing. I remain a criminal in Barbados due to the willingness of Mia and crew to maintain cannabis prohibition and throw scraps to my community. Note: Rastafari had access to land long before the BLP came to give their BLP Rata friends 40 acres in Bath. Both governments have agricultural land policies that Rastafari along with many other farmers have taken advantage of. Also Mia and crew are not backing from their stance that the Rastafari home is not a place of worship and therefore use of our sacrament there remains illegal. They also deny the use of cannabis for our traditional, cultural medicinal use, but would have me take a jab.