The African Heritage Foundation’s Warri Warriors Barbados has it official logo as seen in their banner.

Designed by Destiny Alleyne, the logo depicts the legacy of the game and journey it took to keep us connected to our ancestry. Their banner as seen below includes Adrinka symbols representing strength, wisdom, bravery and unity

The pelican seen on the logo represents the national bird of Barbados. Although not seen now,  up until the 1950’s the Brown Pelican nested on a small island off the west coast of Barbados which in turn was called Pelican Island. The sea between Barbados and Pelican Island was reclaimed and this area is now part of the Bridgetown Deep Water Harbour, where the cruise ships dock. The Pelican is depicted on the Barbados Coat of Arms.

The swords depicted in the logo represent Ghanaian ceremonial swords that  are specially carved or cast and used for royal ceremonies. They serve various functions in the society. They signify the social standing of the clan, group or state in terms of strength, wealth, and attitude. The ceremonial sword is an important symbol of statecraft. It has spiritual and political associations. They are used for ritual and festive events. It identifies kings and chiefs and distinguishes them from the other members of the society during state functions. They are used for swearing oaths during enstoolment. It is often presented to a retiring great warrior in the Ghanaian community to serve as recognition of his bravery, devotion, and courage, thereby qualifying him as a warrior chief. The ceremonial sword also symbolizes the safe passage during purification rites of chiefs and ancestral state stools and for display. In contemporary Ghana, the ceremonial swords are also used as symbols of ambassadorial rank.

Warri Warriors Barbados are ambassadors of the game as the club intends to influence the creation of school and community Warri clubs, inter club tournaments, and the overall reviving of the playing of the game in Barbados.

The Pelican is dropping Warri seeds which represent the game itself and its journey from Africa to Barbados. 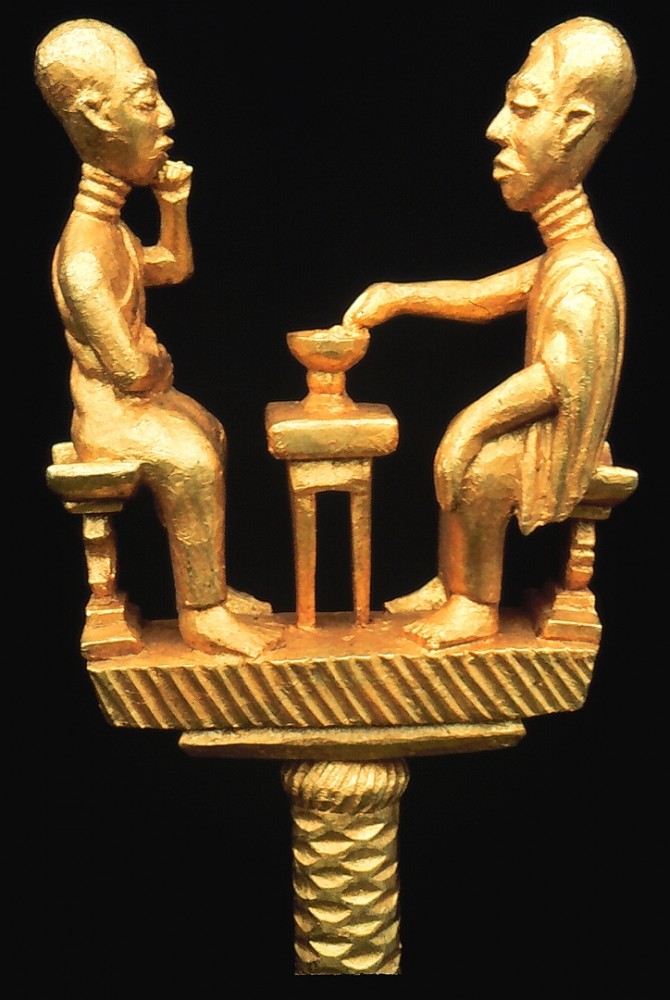