After reading an article in the Barbados Today Online newspaper that reported on a digital monument  that was unveiled in honour and recognition of the late Jackie Opel, my mind immediately raced to Proverbs 29.

The government of Barbados has placed a digital monument in honour of the great Jackie Opel, in the cemetery, at his graveside. It must be noted that the music Jackie Opel created, Spooge, is all but dead in Barbados. One can hardly hear any of it on the radio or any entertainment based gatherings. The music being produced today by Barbadians is not reflective of Spooge. You don’t really want to give Spooge life, but want to use Jackie Opel as a tourist attraction, at his graveside? Spooge has been reduced at best to samples in the music of few Barbadian’s. Similarly , how can one identify the injections of Spooge in other genres of music when you are not familiar with it? As African descended people we know our grave-sites to be sacred, and not a place for commercial or tourist activity. 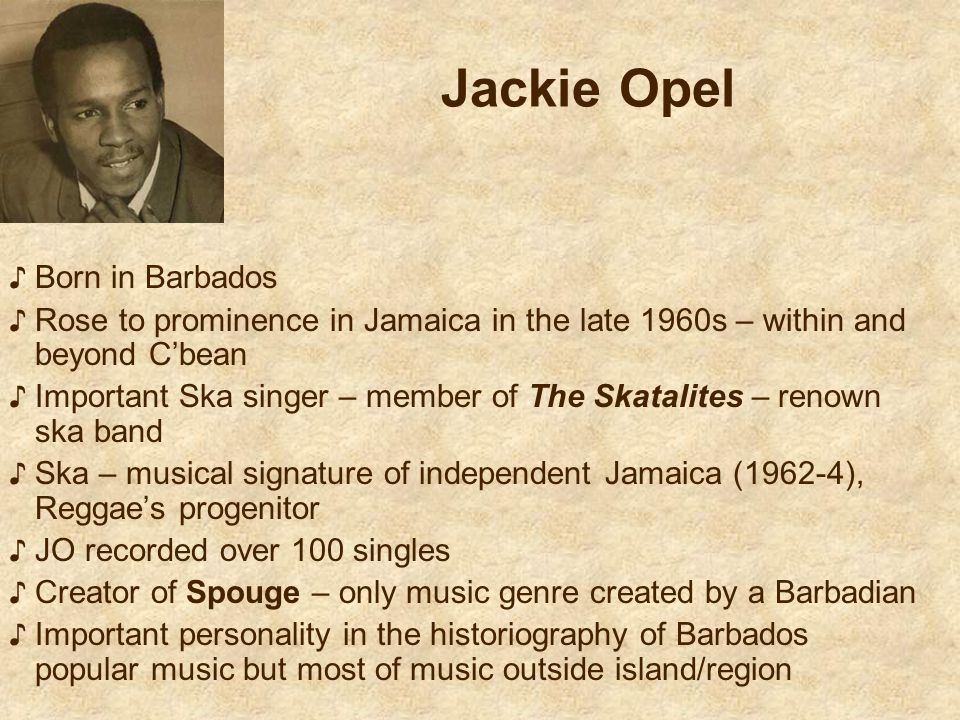 The government of Barbados seems not to have the vision or moral fortitude to advance its society in any sustainable manner that will truly empower it.

Proverbs 29 with Masimba’s interpretation presented in the context of the failing moral conscience of a nation.

He, that being often reproved hardeneth his neck, shall suddenly be destroyed, and that without remedy.

The BLP does not really care about the people of Barbados as they would have us believe. Their inclusion of the people as it comes to decision making and social structure building is nothing more than lip service, political illusions and slight of brain.

2 When the righteous are in authority, the people rejoice: but when the wicked beareth rule, the people mourn.

Is Barbados rejoicing? The Rastafari community at large are not, the pan – African community is not, parents are not with the education system prior to COVID-19 lockdown, teachers are not, youth are not, and many more sectors and communities in Barbados are not.

3 Whoso loveth wisdom rejoiceth his father: but he that keepeth company with harlots spendeth his substance.

The Barbados government does not love wisdom, this is crystal clear, and as far as the company they keep, we will leave that there.

4 The king by judgment establisheth the land: but he that receiveth gifts overthroweth it.

Corruption killing us, and the King, in this case Queen, has not brought one person to justice after their big political campaigns that labeled the previous government as criminals. We are paying for the crimes of these people at a very high cost, yet no one is called to answer or give account for their crimes.

5 A man that flattereth his neighbour spreadeth a net for his feet.

The Rastafari community is one prime example of verse 5. They have gotten a gift of land which in essence is not a gift, while at the same time they continue to be branded criminals, and have their human and constitutional rights violated by these same gift givers. The Minister of Agriculture has set his net and entangled some Rastafari feet. He does not even have the moral or ethical fortitude to envision or implement restorative justice through his medicinal cannabis industry for the Rastafari community who he claims to have their interest at heart, lies and propaganda. This is but one example among many, of the illusion of flattery offered by the Barbadian government.

6 In the transgression of an evil man there is a snare: but the righteous doth sing and rejoice.

Though the mire of vision-less, non people centered policy created by the evil forces of corrupt public officials, we will work while we sing and rejoice for the small mercies given to us, as we did on the plantations of our former slave masters.

7 The righteous considereth the cause of the poor: but the wicked regardeth not to know it.

Mia and her Mottley crew, the government of Barbados, are spoken of in the Bible. They are a continuation and perpetuation of the wicked character spoken of in this proverb

8 Scornful men bring a city into a snare: but wise men turn away wrath.

These middle class, elite want to be’s, look down on the masses and scorn the poverty they burden the masses with through selfishness and greed. They want to be the middle and upper class of the society, however you cant have those classes of people without the working class, poor people.

9 If a wise man contendeth with a foolish man, whether he rage or laugh, there is no rest.

This is why after years of engaging the government on issues that relate to the empowerment of the masses, steps must now be taken to challenge them in the courts of law and possibly on the streets, inclusive of a people’s removal of the statue of Lord Nelson.

10 The bloodthirsty hate the upright: but the just seek his soul.

Self explanatory in the context of Barbados

11 A fool uttereth all his mind: but a wise man keepeth it in till afterwards.

The Prime Minister of Barbados is always talking to the people in her attempt to misguide and pull the wool over their eyes. Don’t look at what is happening, listening to what I am saying is her political M-16.

12 If a ruler hearken to lies, all his servants are wicked.

13 The poor and the deceitful man meet together: the Lord lighteneth both their eyes.

I will meet the Attorney General of Barbados in the courts of law as I seek the full recognition of my human and constitutional rights as it pertains to cannabis. One day the government of Barbados will have to meet and truly give account to the people of Barbados.

14 The king that faithfully judgeth the poor, his throne shall be established for ever.

This government needs to be put to a side, so that a new government endowed with the vision to collectively take its people forward can be instated. Wickedness must have a cut off point.

15 The rod and reproof give wisdom: but a child left to himself bringeth his mother to shame.

Aunty Mia can do no wrong, the child left to itself, oh what a shame.

16 When the wicked are multiplied, transgression increaseth: but the righteous shall see their fall.

When we believe the political propaganda of the wicked, and give them our support they will oppress us more.

The Prime Minister of Barbados thinks she is above reproach, but the day will come when she will have to confess.

18 Where there is no vision, the people perish: but he that keepeth the law, happy is he.

Barbados continues to perish. Captain the ship is sinking.

19 A servant will not be corrected by words: for though he understand he will not answer.

This speaks of the political Yard Fowl. Those who are yes people, and agree with government policy, even when it makes them suffer.

20 Seest thou a man that is hasty in his words? there is more hope of a fool than of him.

This speaks clearly of the Barbados government and their assertion of progress where others have failed. Self deluded.

21 He that delicately bringeth up his servant from a child shall have him become his son at the length.

If they really cared we would be seen as their sons and daughters instead of just marginalized, ordinary Barbadians.

22 An angry man stirreth up strife, and a furious man aboundeth in transgression.

I am angry and I intend to stir up strife. In my fury I transgress the unspoken understanding of the well behaved slave, unable to stand and represent their-selves.

23 A man’s pride shall bring him low: but honour shall uphold the humble in spirit.

24 Whoso is partner with a thief hateth his own soul: he heareth cursing, and bewrayeth it not.

They do love the White elite class who funds their development, and therein directs their path.

25 The fear of man bringeth a snare: but whoso putteth his trust in the Lord shall be safe.

Let us not fear the government or their forces of mass control. When we put a just cause before us, our victory is ensured.

26 Many seek the ruler’s favour; but every man’s judgment cometh from the Lord.

We will not befriend the politician to gain their favour and ultimately owe them allegiance. No!.

If we as Barbadian people do not demand more, then we will always receive less.