Cannabis is — excuse my pun — one of the fastest-growing industries in the U.S.

And it isn’t just pot enthusiasts who are getting in on green chip stocks.

Warren Buffett has strong ties to cannabis through his firm, Berkshire Hathaway. PayPal cofounder Peter Thiel has sunk buckets into the industry.

And with the total cannabis market expected to exceed $28.8 billion by 2020, it’s no surprise that everyone suddenly has a green thumb.

But not all cannabis strains are created equal — and one form of cannabis dominates market demand.

While we remain strong advocates of legalization and, of course, extremely bullish on the cannabis market, the fact is that not all cannabis is harmless.

You see, much of today’s marijuana is grown with the assistance of pesticides. And according to chemist Jeffrey Raber from the University of Southern California (USC), as much as 70% of the pesticides found in marijuana are inhaled when smoked.

“I think that what’s so alarming to us is that such a huge amount of pesticide material could be transferred,” Raber said. “And, you have to consider that when you inhale (something), it’s much like injecting it directly into your blood stream”…

Raber said it’s important to remember that smoking a marijuana bud that’s been sprayed with chemicals is far different than eating a non-organic tomato. First and foremost, he said, there are no controls over what’s sprayed on marijuana crops. And, while most people would rinse off a tomato before eating it, they can’t wash a bud before putting it in their pipe. The body also has filters in place for things that are ingested, he said, but not for what’s inhaled.

I always find it a bit disturbing when I see so many folks singing the praises of healthy, organic food but then go off and smoke weed that’s loaded with all kinds of chemicals.

Of course, the demand for organic cannabis is actually off the charts, particularly in the case of medical cannabis. And it’s often prescribed by doctors who only want their patients consuming clean organic cannabis.

The bottom line is that the opportunity for organic cannabis producers is massive and will only continue to become more and more valuable.

As the demand for organic cannabis grows, certain companies are moving to meet this demand. Many of these companies are small, which gives investors the opportunity to jump in before they take off.

The Whole Foods of Pot

In 2015, I recommended an organic cannabis producer called OrganiGram(TSX-V: OGI). That was when the stock was trading for about $0.40 a share.

A year later, that stock was trading for more than $4 a share. Check it out: 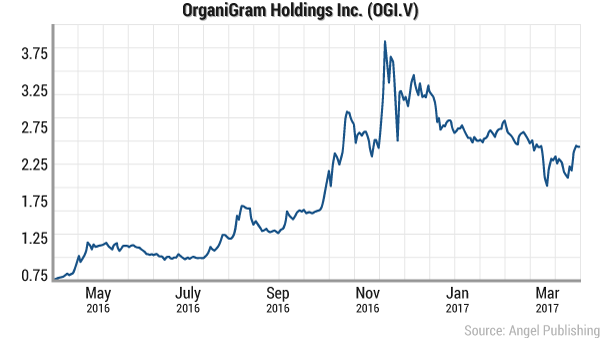 Now, OrganiGram is just one of the organic cannabis growers that are benefiting from increased demand. There are more. 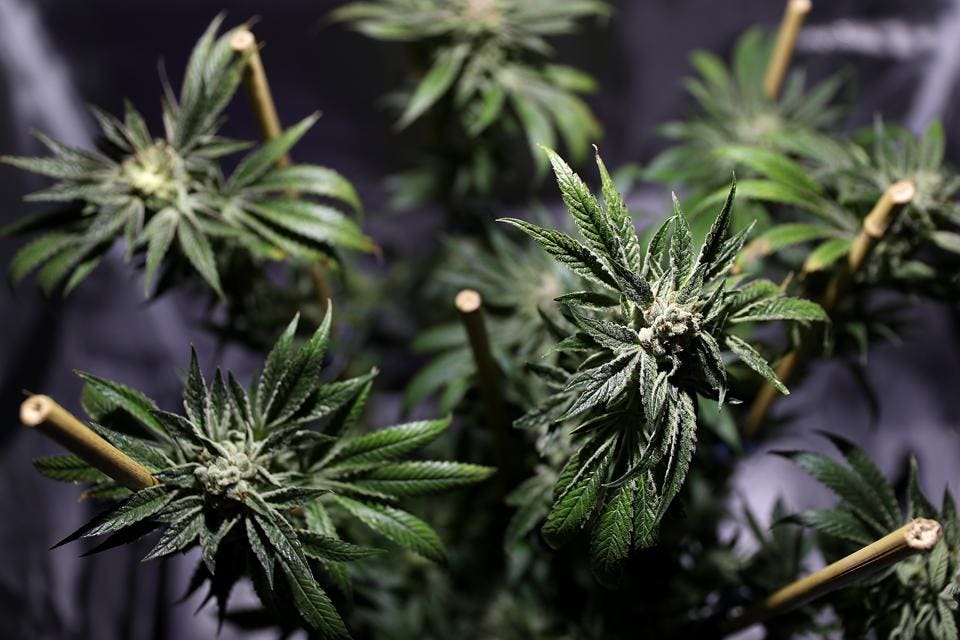 Of course, most of the organic producers are not publicly traded. But that doesn’t mean you can’t invest in them. In fact, I’ll explain how you can take part in some of these private cannabis companies, too.

But first, I want to tell you about another sector of the cannabis industry that’s making us a fortune. I’ll send you that information tomorrow.

The African Heritage Foundation (AHF) will be working with the Barbados Civil Society Legalize Cannabis Advocacy Working Group.  Cannabis education is vital for Barbadians who are now deliberating on the matter of cannabis legalization. The Afrikan Heritage Online, will be publishing regular information on global cannabis industry developments.  The AHF is a registered charity no. 1112, that is focused on helping to influence positive changes in the Barbadian society that will empower its citizens and persons residing or visiting the island. You can contribute to the social work of this charity by simply clicking on any advertisement you see on the website.

The AHF thanks you in advance for your support.