A new law that went into effect in Kenya this week makes it legal for a man to marry as many women as he wants. And a leading women’s group is applauding it.

President Uhuru Kenyatta signed the polygamy measure into law Tuesday, formally recognizing what has long been a cultural practice in the nation. 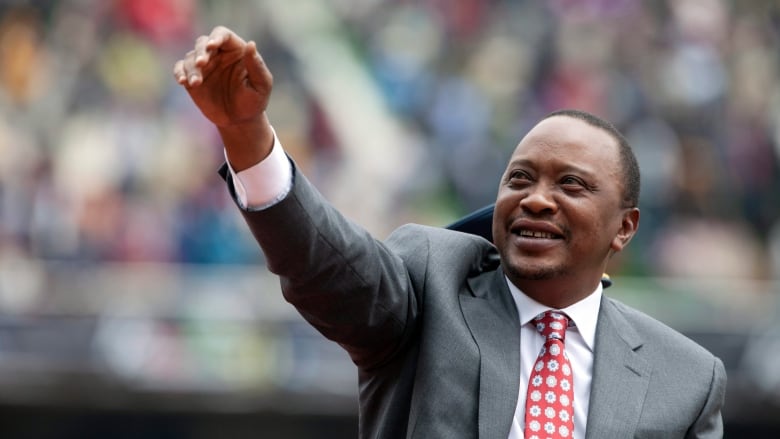 Parliament passed the bill in March despite protests from female lawmakers who angrily stormed out of the late-night session at the time.

The bill initially allowed the first wife the right to veto the husband’s choice of additional spouses. Male members of parliament successfully pushed to get that clause dropped.

“Marriage is the voluntary union of a man and a woman whether in a monogamous or polygamous union,” Kenyatta said in a statement. “The Marriage Act 2014 defines various types of marriages including monogamous, polygamous, customary, Christian, Islamic and Hindu marriages.”

No limit on number of wives

The law legalizes polygamous unions, but does not provide an official limit on the number of wives a man can have.

The Federation of Women Lawyers, a powerful women’s rights group, applauded aspects of the bill and criticized others.

Polygamy already is a common fixture among many cultures in Kenya and in some other African countries.

The bill, the group said, is long overdue because polygamous unions were previously not regarded as equal to regular marriages.

“We are happy with the law because finally all marriages are being treated equally,” said Christine Ochieng, executive director of the nation’s Federation of Women Lawyers.

First wife has no say

However, she said, the first wife should have a say in picking her husband’s co-wives.

“What we are not happy about is that now a man can marry another wife or wives without the consent of the first wife,” she said. “That section of the law is potentially open to abuse because a man can secretly marry other wives because he doesn’t need his wife’s consent to marry.”

But Jane Kimani, a Nairobi resident, said the bill is archaic and has no place in modern society.

“Polygamous marriages should not even be an issue today,” she said. “Kenya is moving backward instead of changing with the times.”

BestnewsGH.com is an online news portal whose main objective is to churn out well researched, accurate and compelling content spanning Ghana, Africa, and the world, with a determination to be as fair, neutral and factual as possible